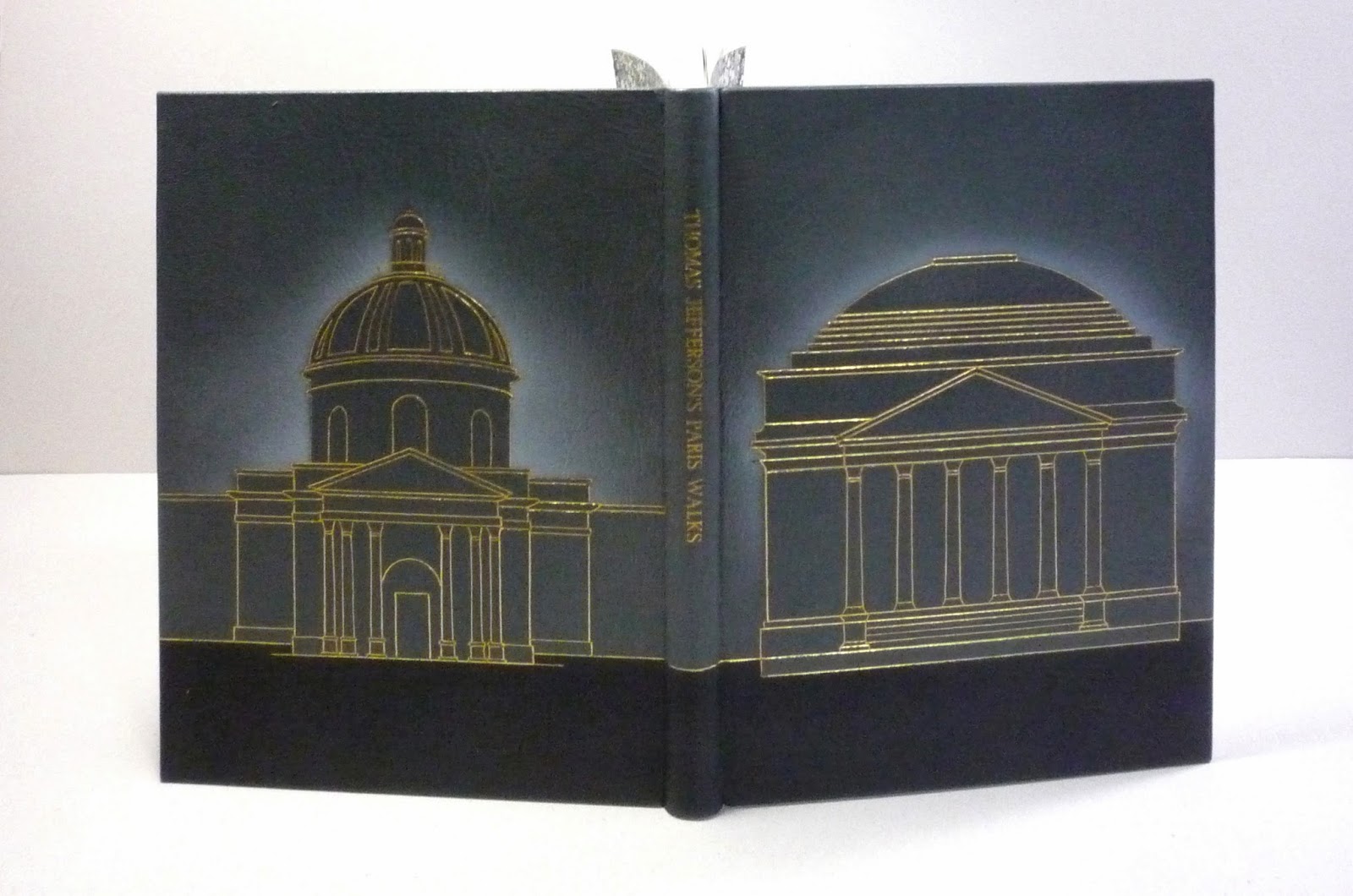 This book was bound for the Designer Bookbinders traveling exhibition "InsideOUT  Exhibition of contemporary bindings of private press books."  Details of the exhibit and its touring schedule can be found at http://www.designerbookbinders.org.uk/exhib/InsideOUT/InsideOUT.html

The pages were printed by Arion Press and describe the time that Thomas Jefferson spent in Paris. They also feature the work of photographer Michael Kenna, who created forty-six images to accompany the story of Jefferson’s five years in Paris. 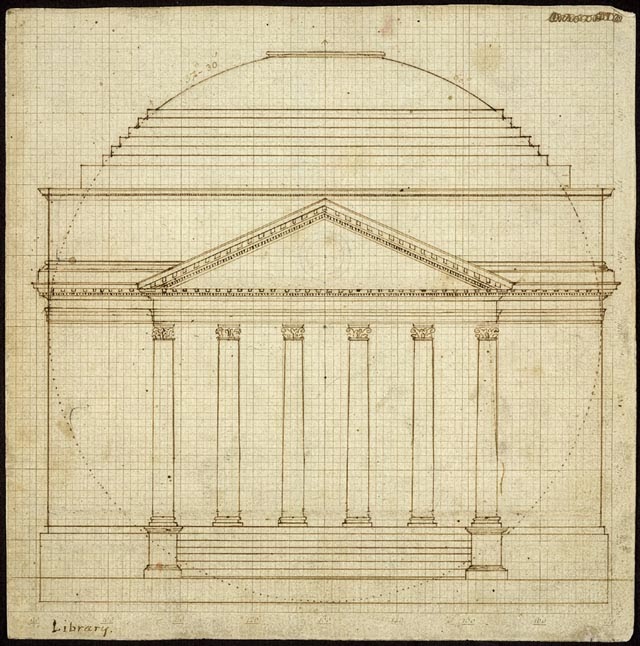 The book focuses on the architecture of Paris and its influence on Jefferson. I found this drawing that Jefferson made and decided to use it for the design of the book. 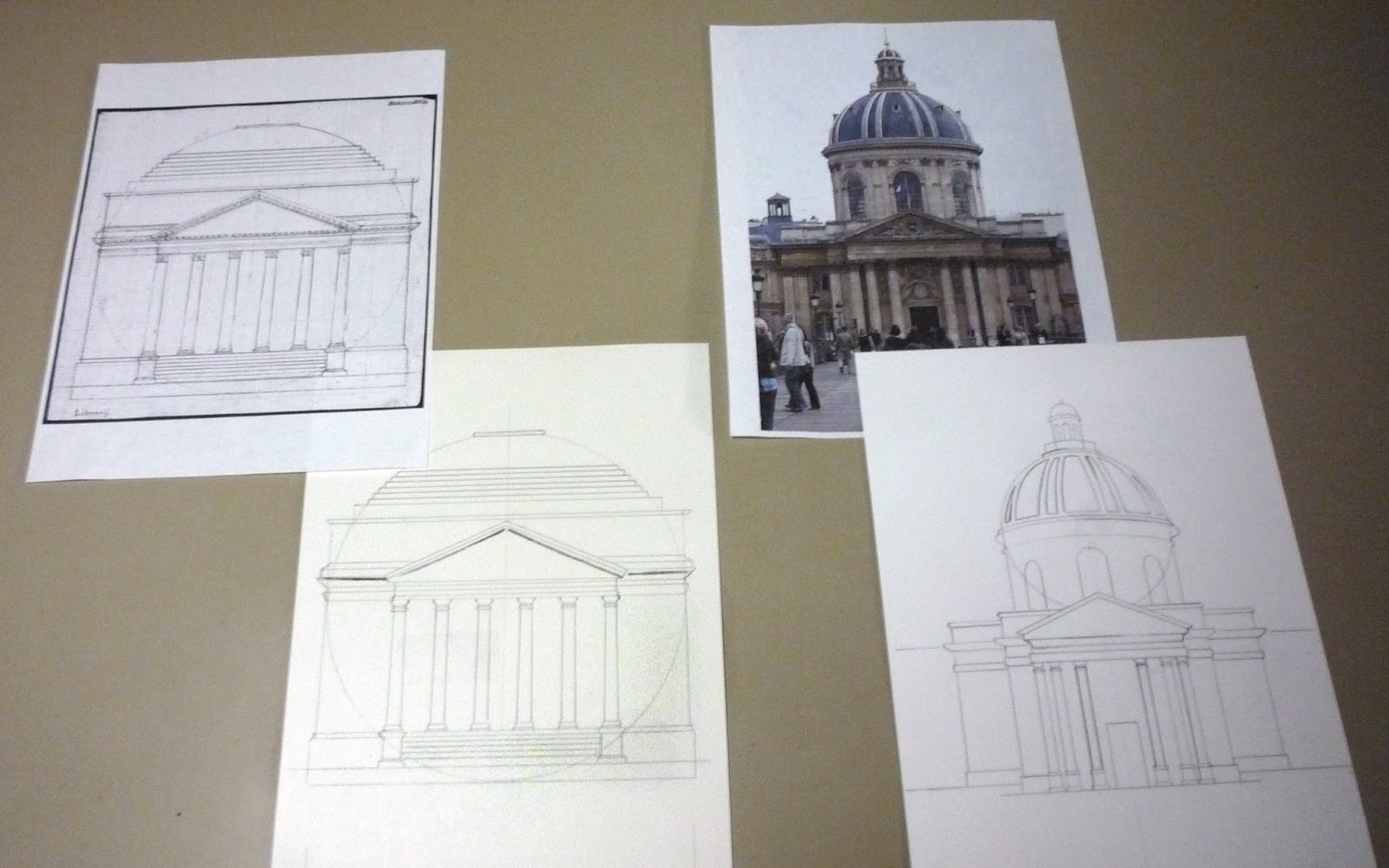 For the back of the book, I chose a building that was featured in the book.  I drew both the L'Insiitut de France building and Jefferson's drawing on 3 ply Bristol board. 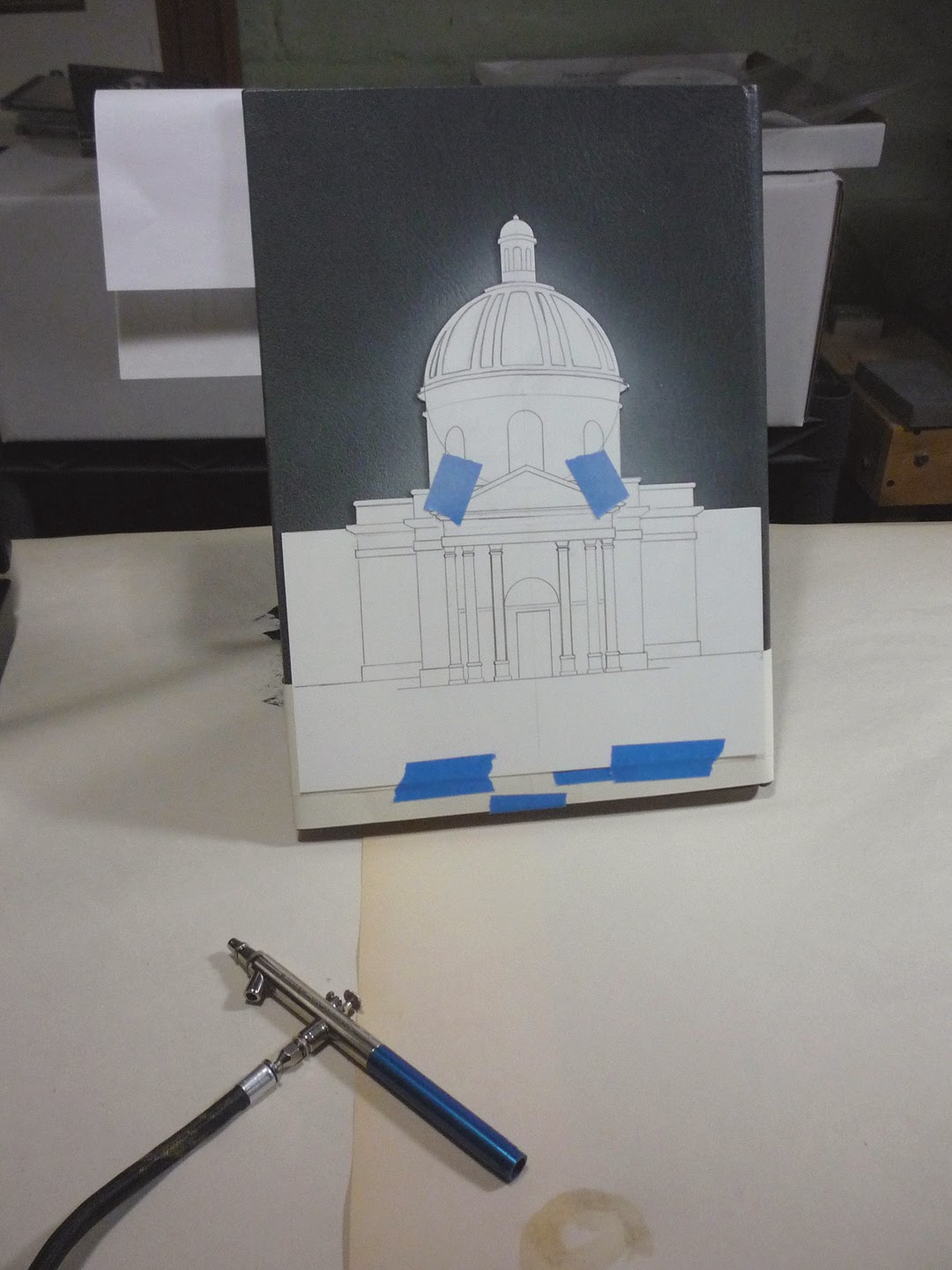 Since the photography was printed in black and white, I chose a gray goatskin and decided  to tool the drawings in gold. To help the image stand out on the dark grey I decided to airbrushed the background with a white acrylic paint. Using the drawing, I cut out the shape of the buildings as my stencil. 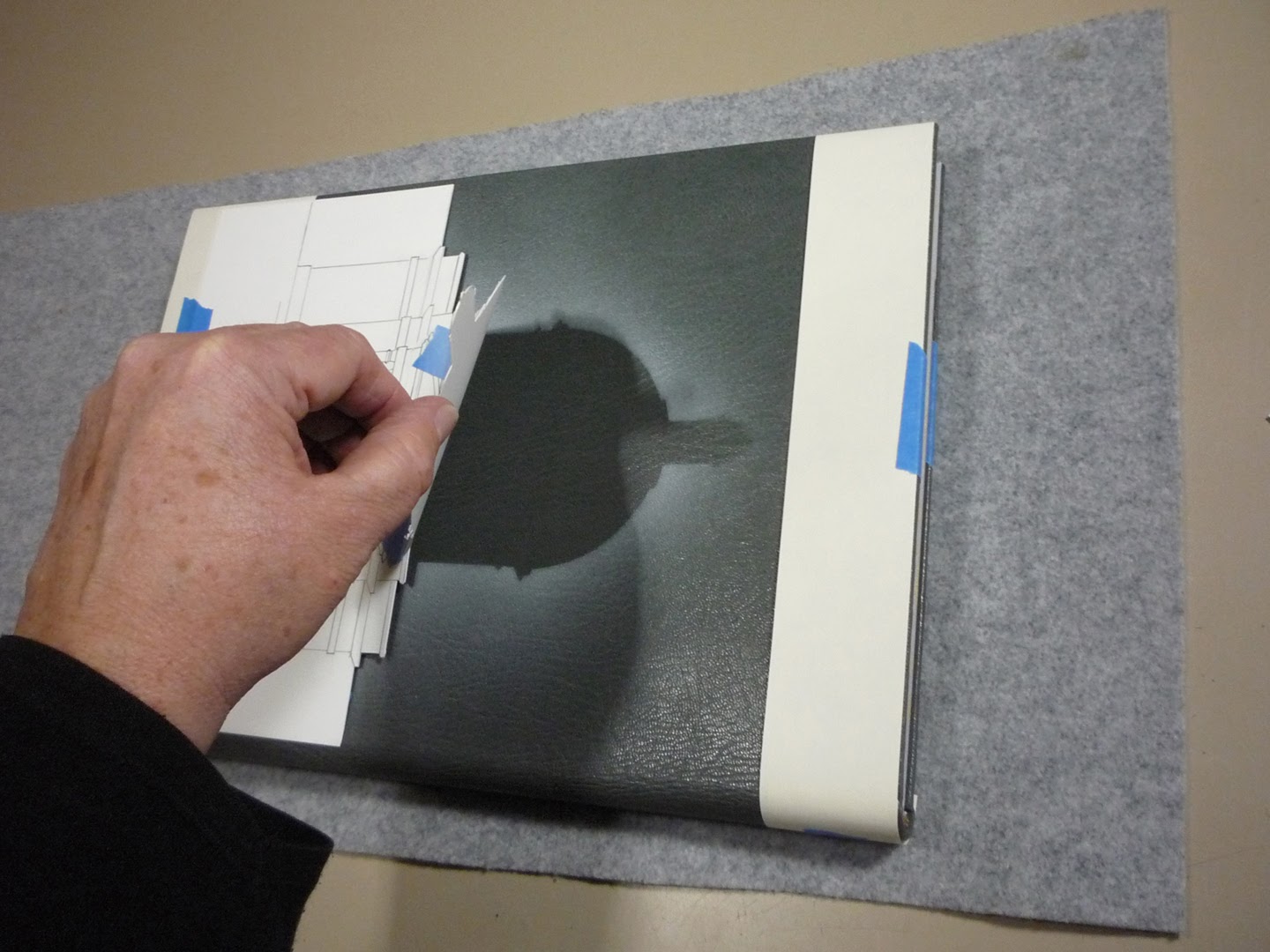 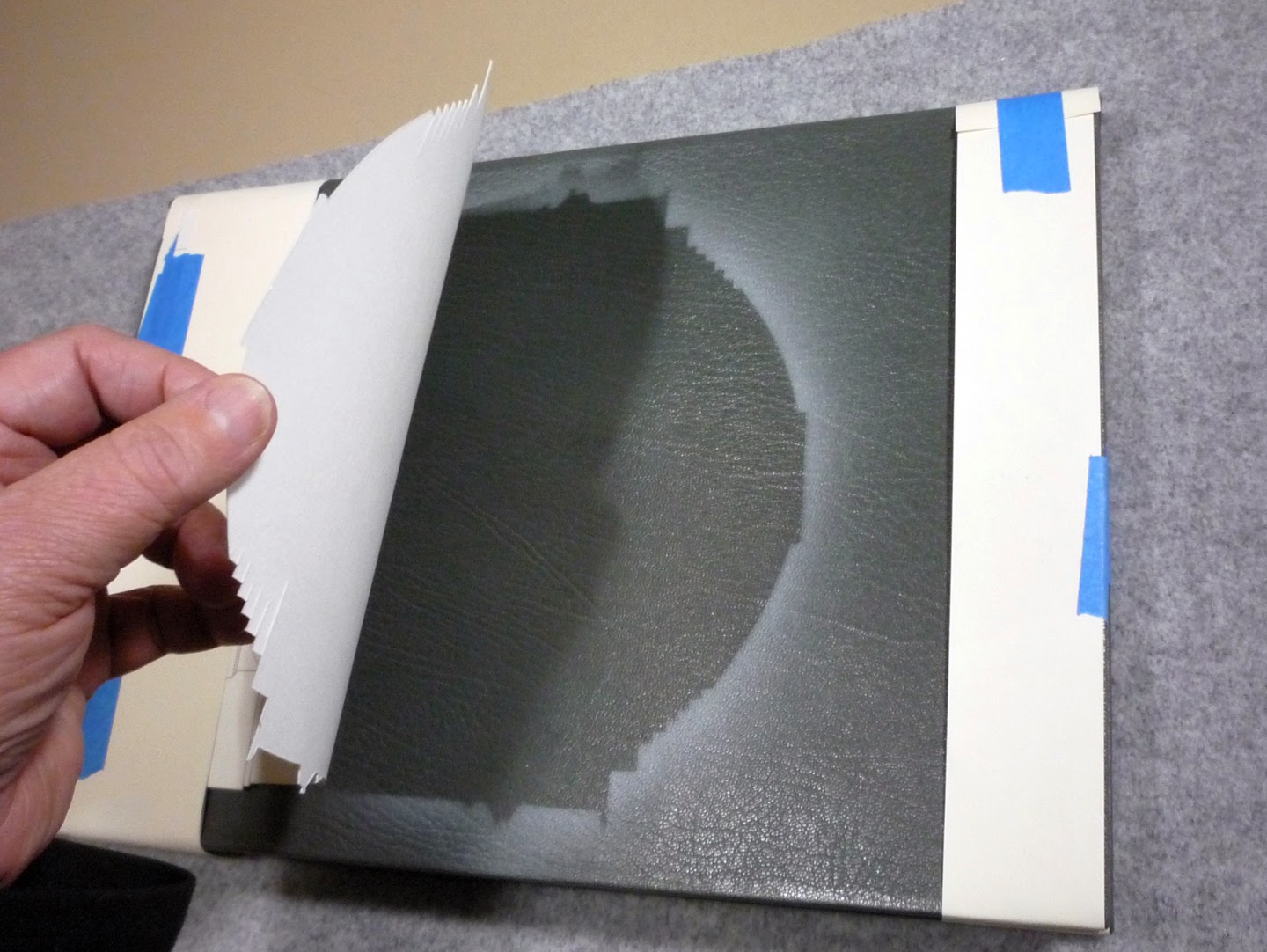 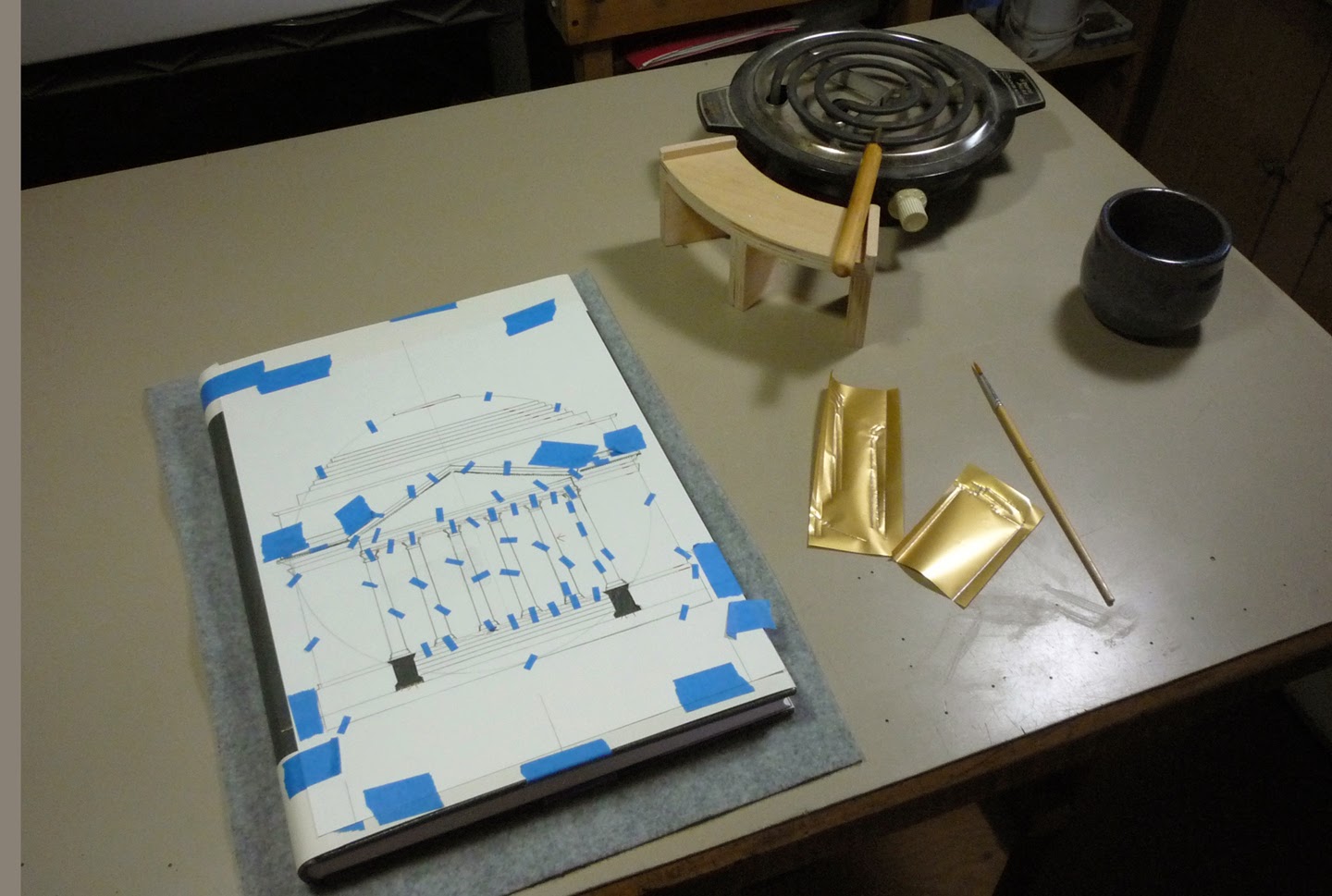 I continued cutting the stencils for the tooling and used a 23 kt. gold foil. As with some of  my previous bindings, I first blind tooled the line and then dampened the impression with water using a fine tip brush. I then retooled to line. A third tooling was done with the gold foil. Then, some sections of the lines needed additional gold tooling to fill in breaks in the gold. 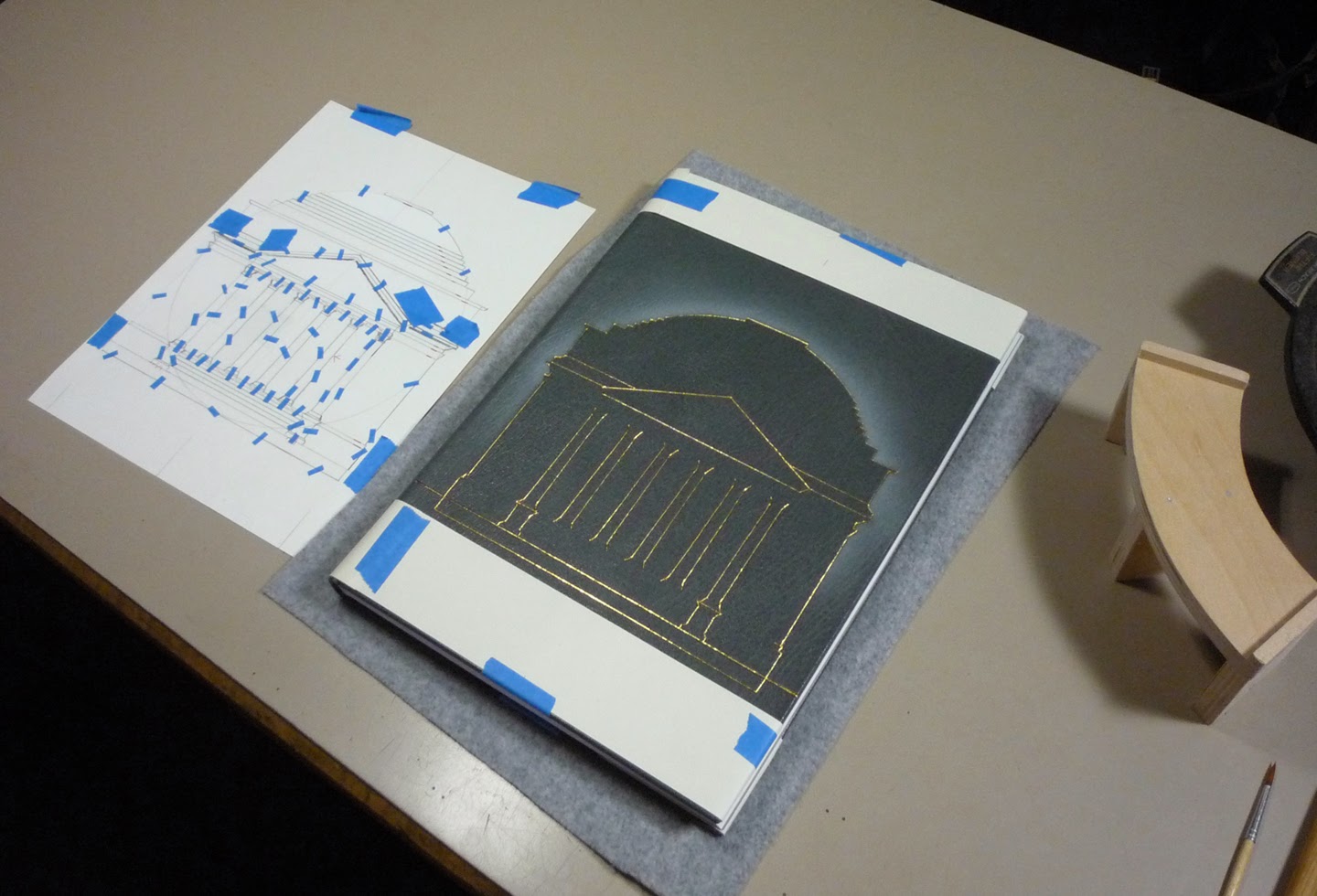 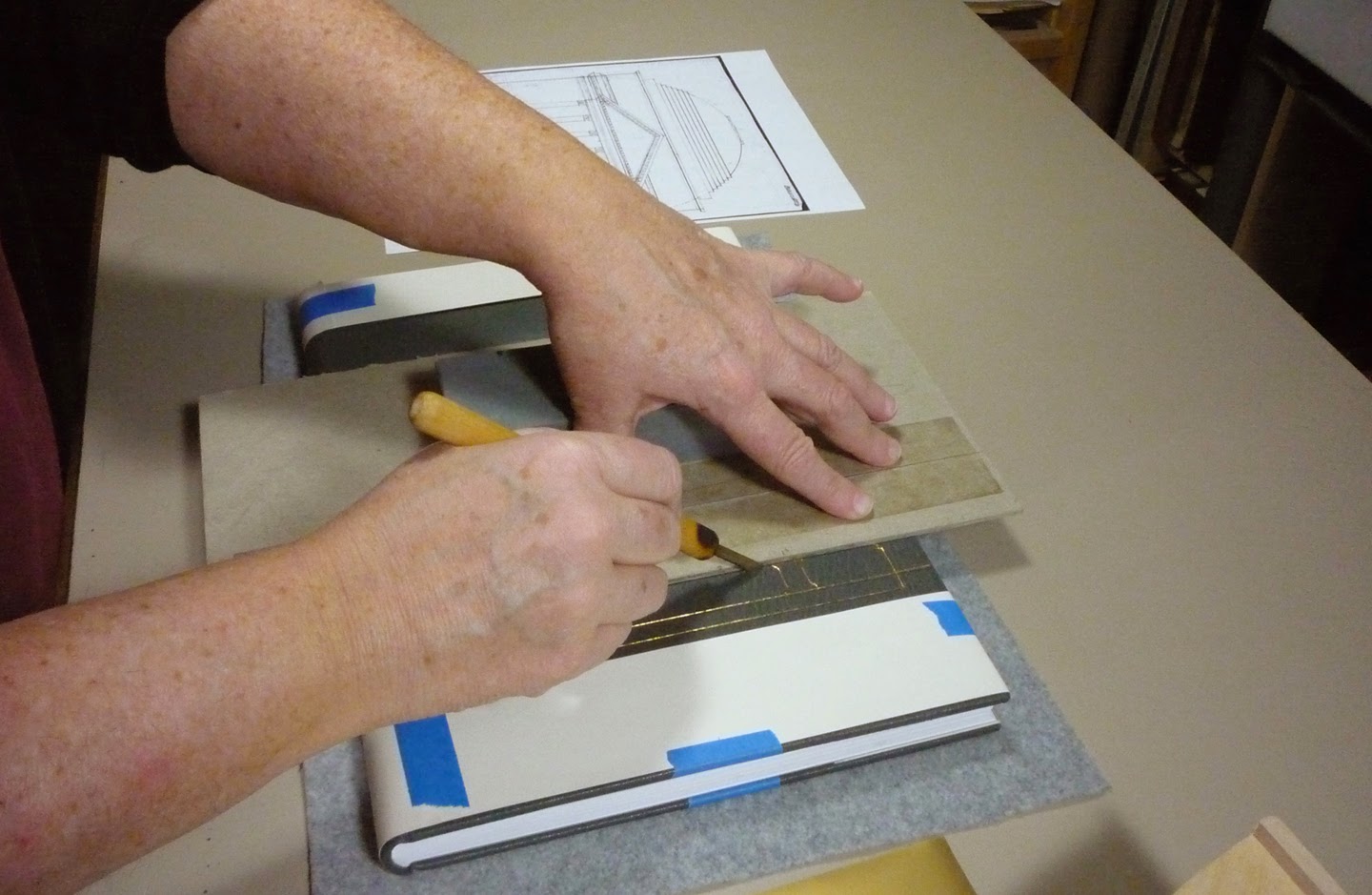 For the straight line, I used my jig with the hinged edge. I described this tool in a previous blog post, Threads That Bind. I lined up the edge  of the board where I wanted the line and blind tooled it and then I lifted up the hinged section to put the foil in place. After that, I tooled the gold. If it needs it, the line can then be retooled before the jig is moved to the next line. 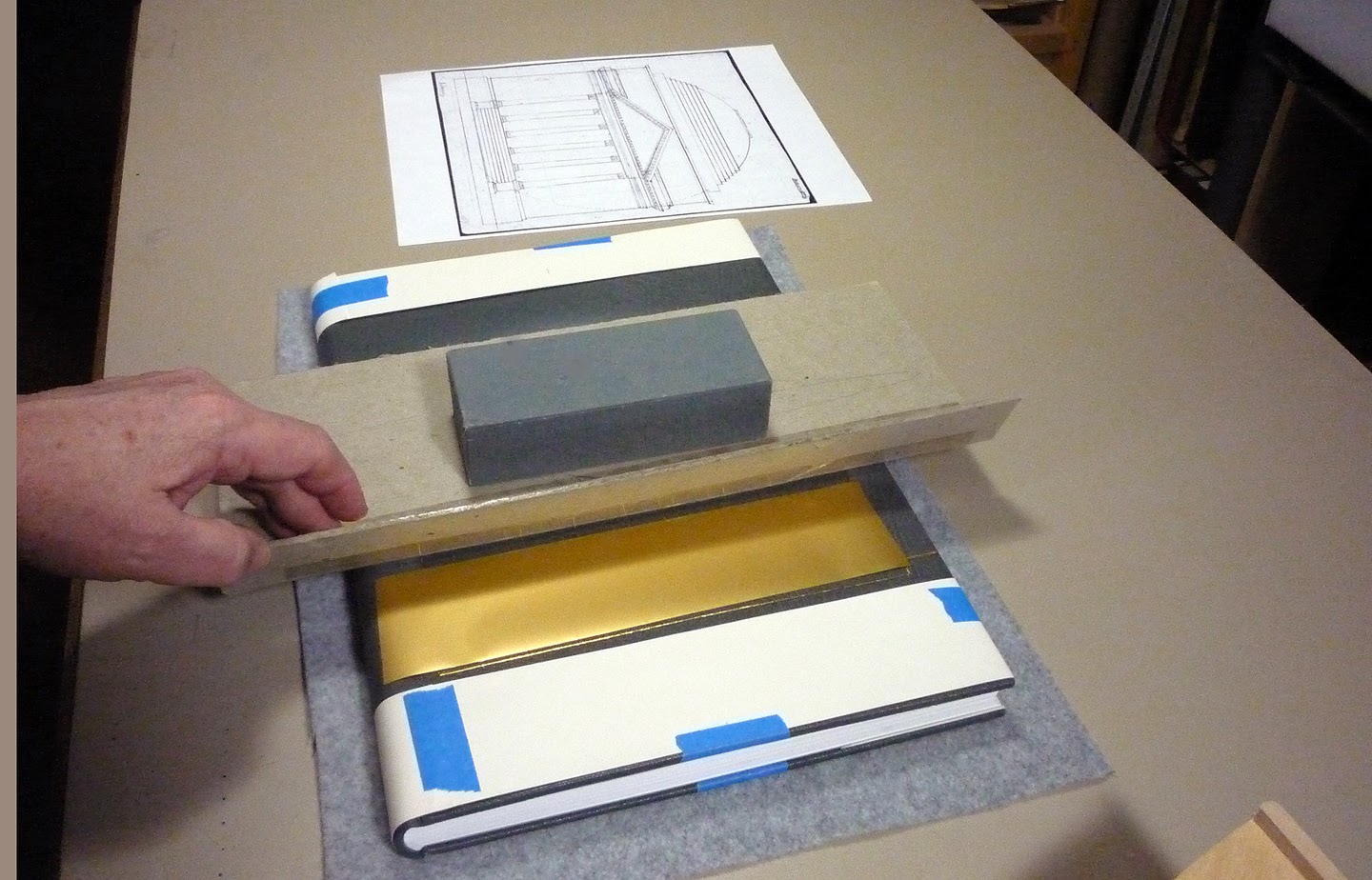 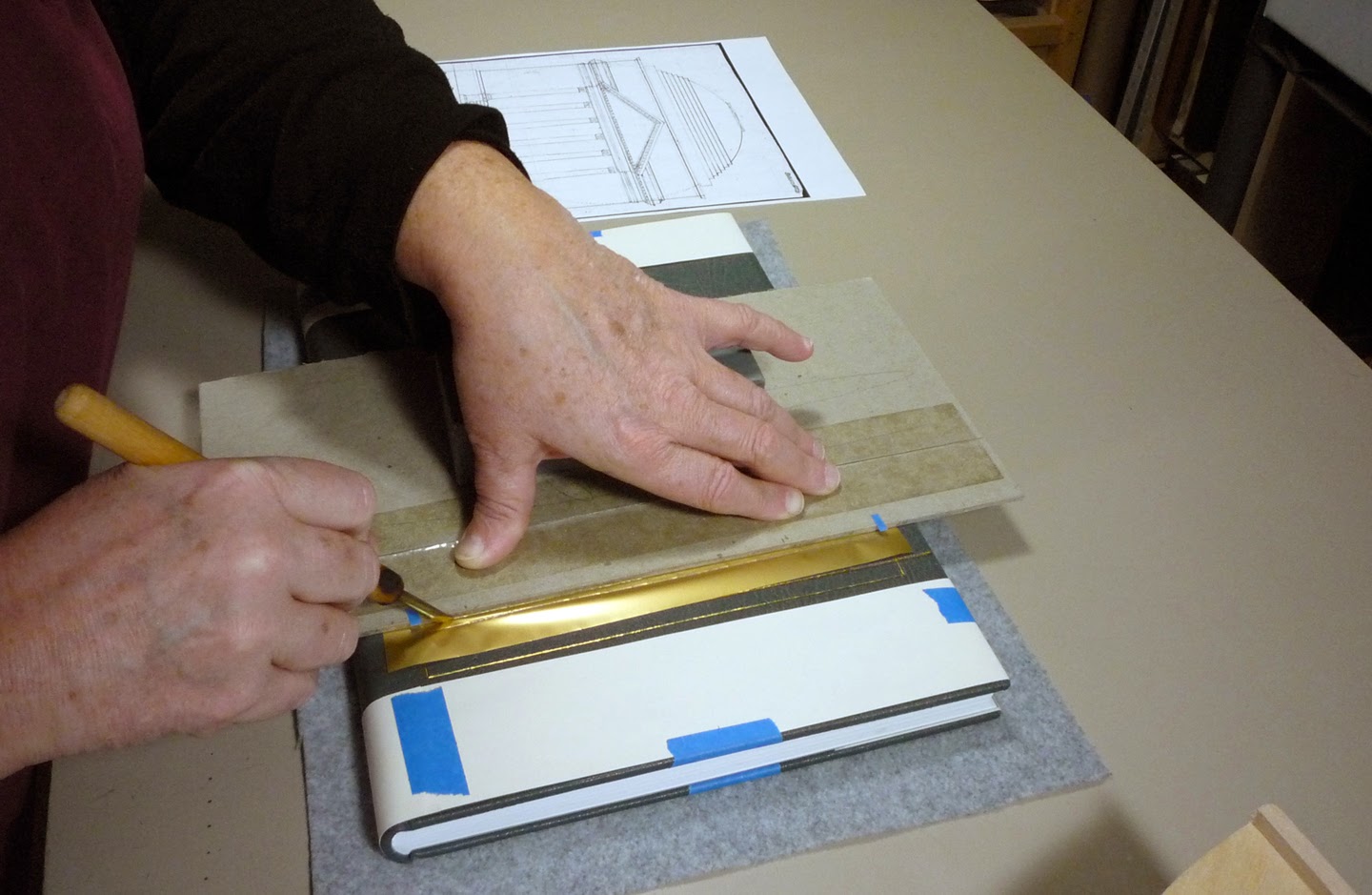 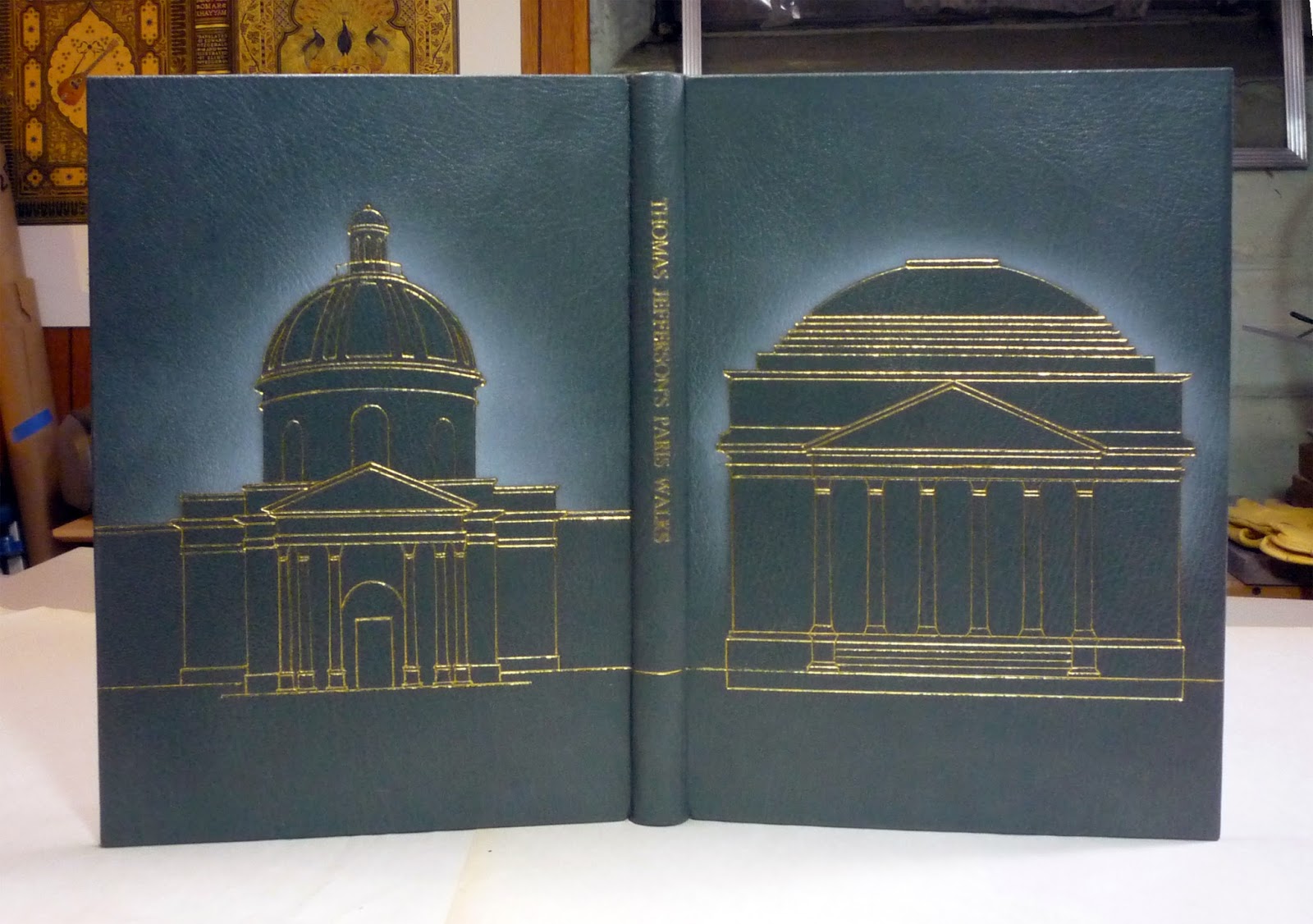 After I finished with the tooling, I felt that the buildings did not feel grounded so I decided to darken the lower area. 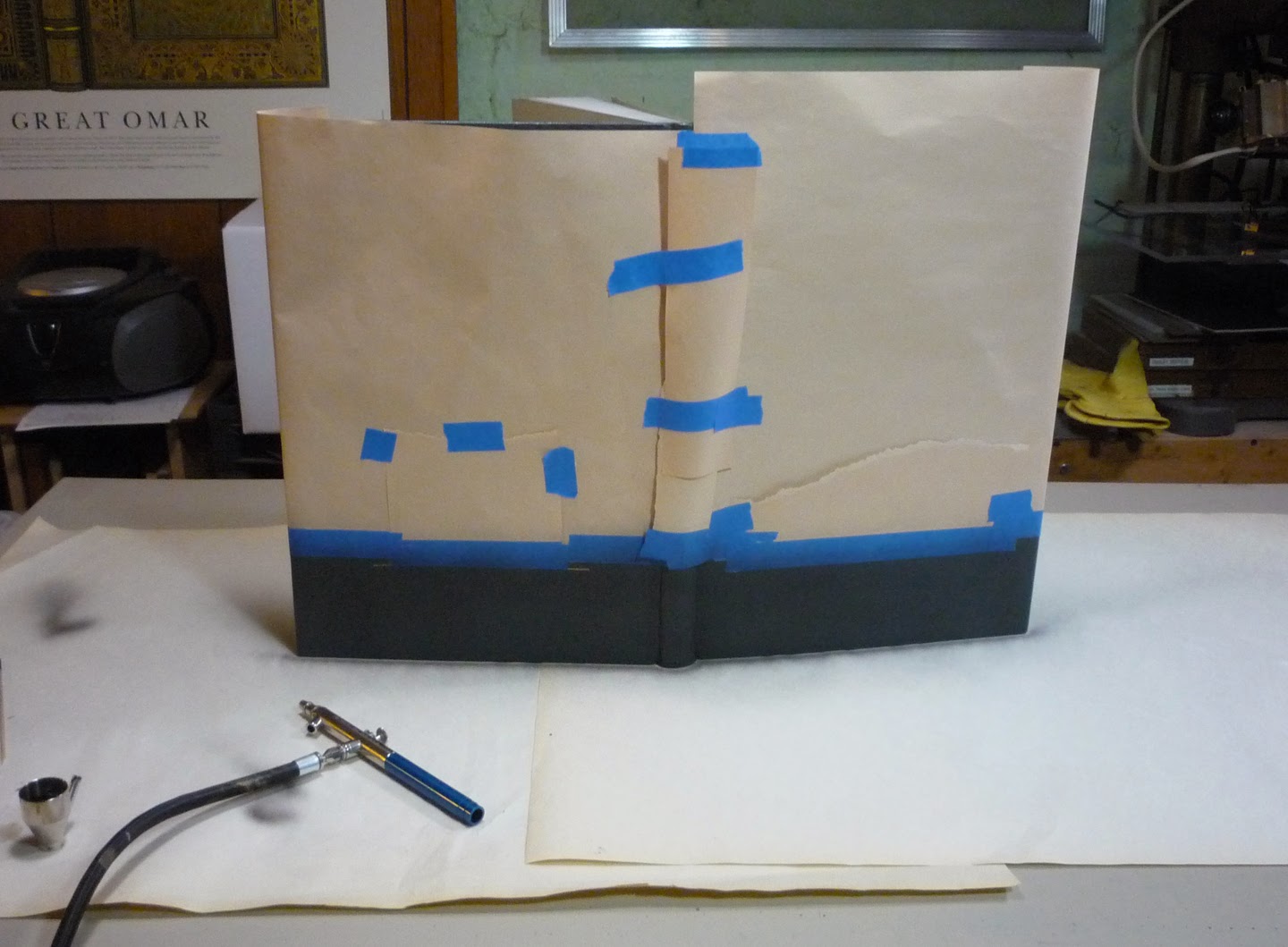 I covered the rest of the image and airbrushed the bottom area with a dark gray. 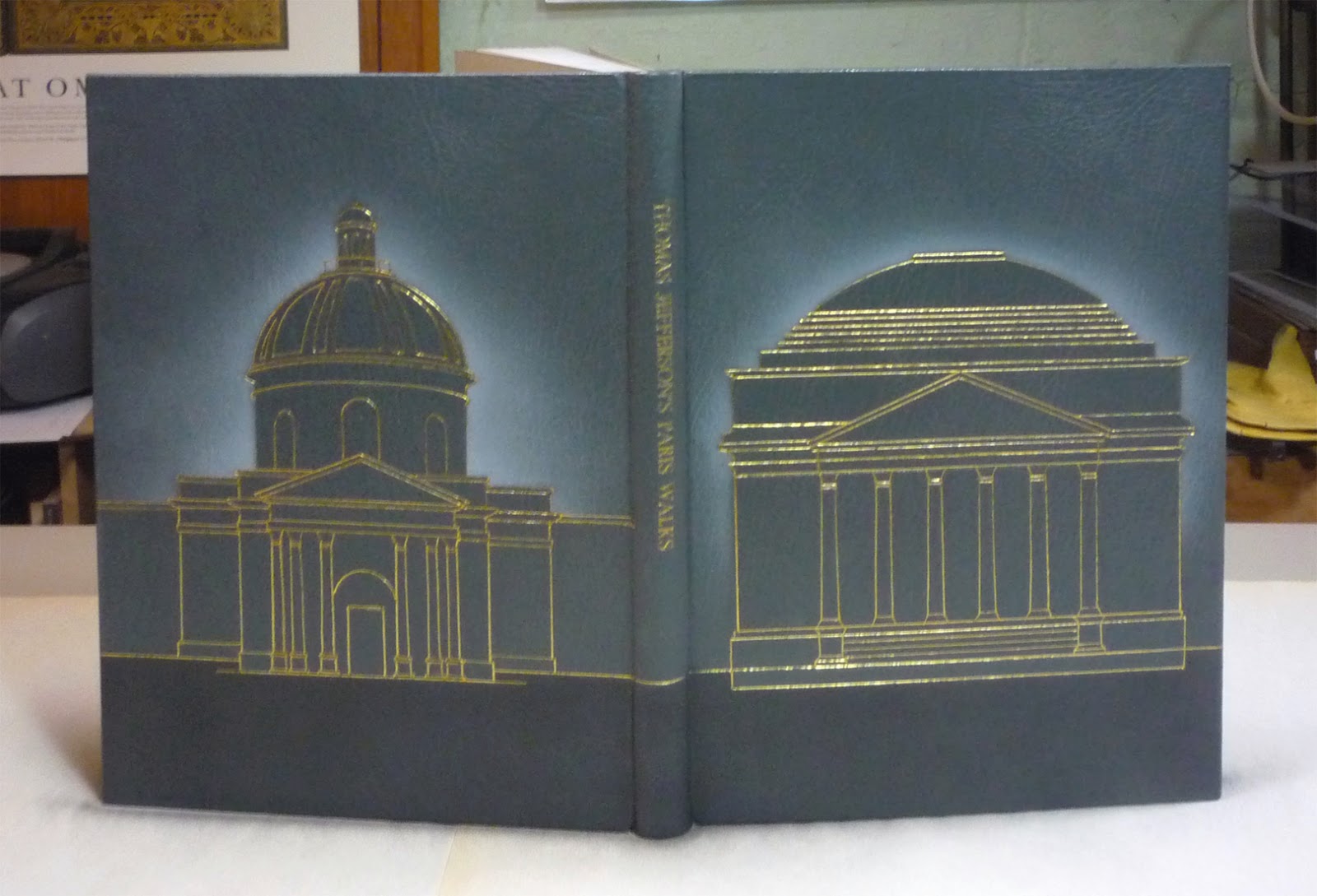 After that, it still need a bit more so I repeated the process, this time with black. 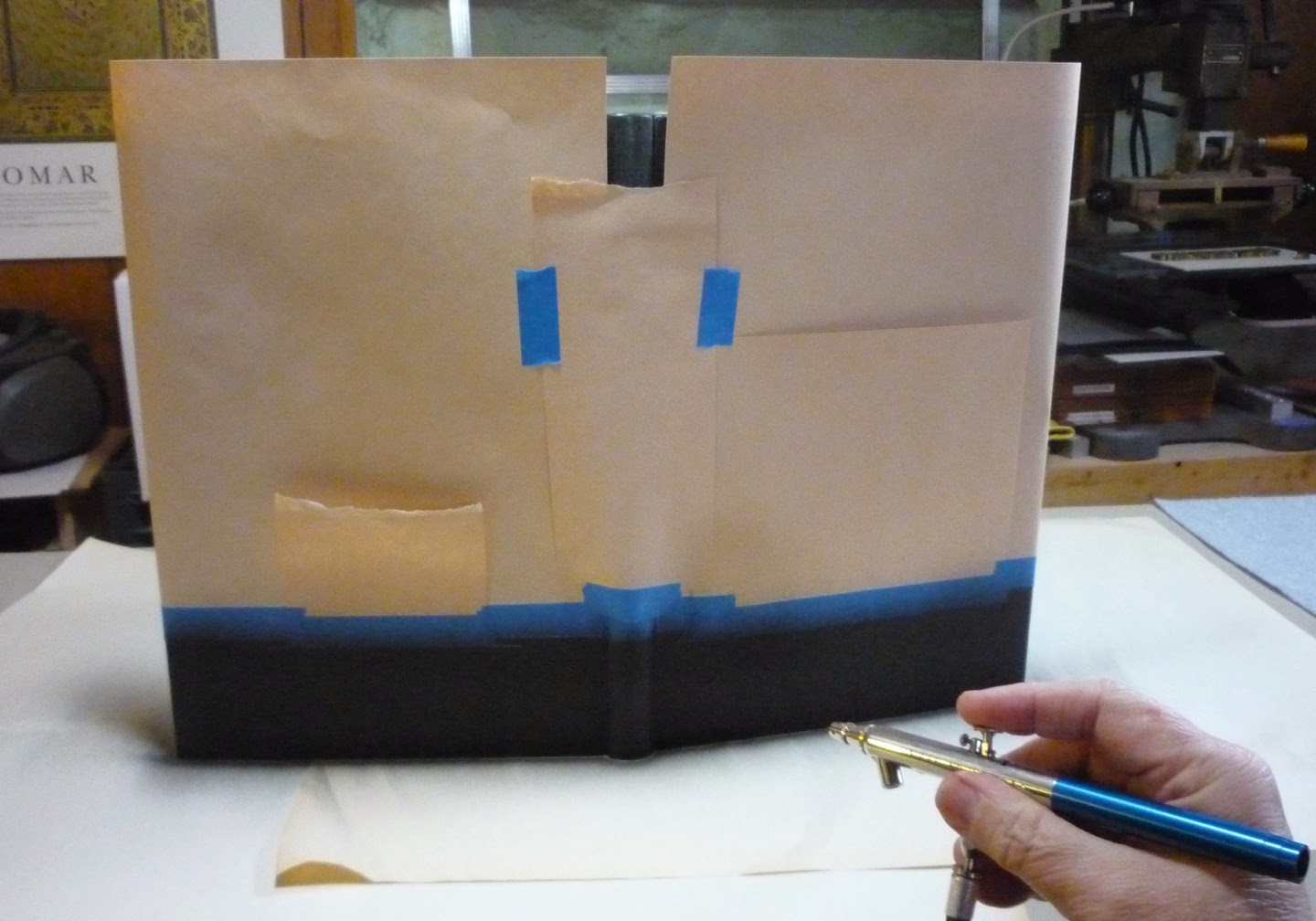 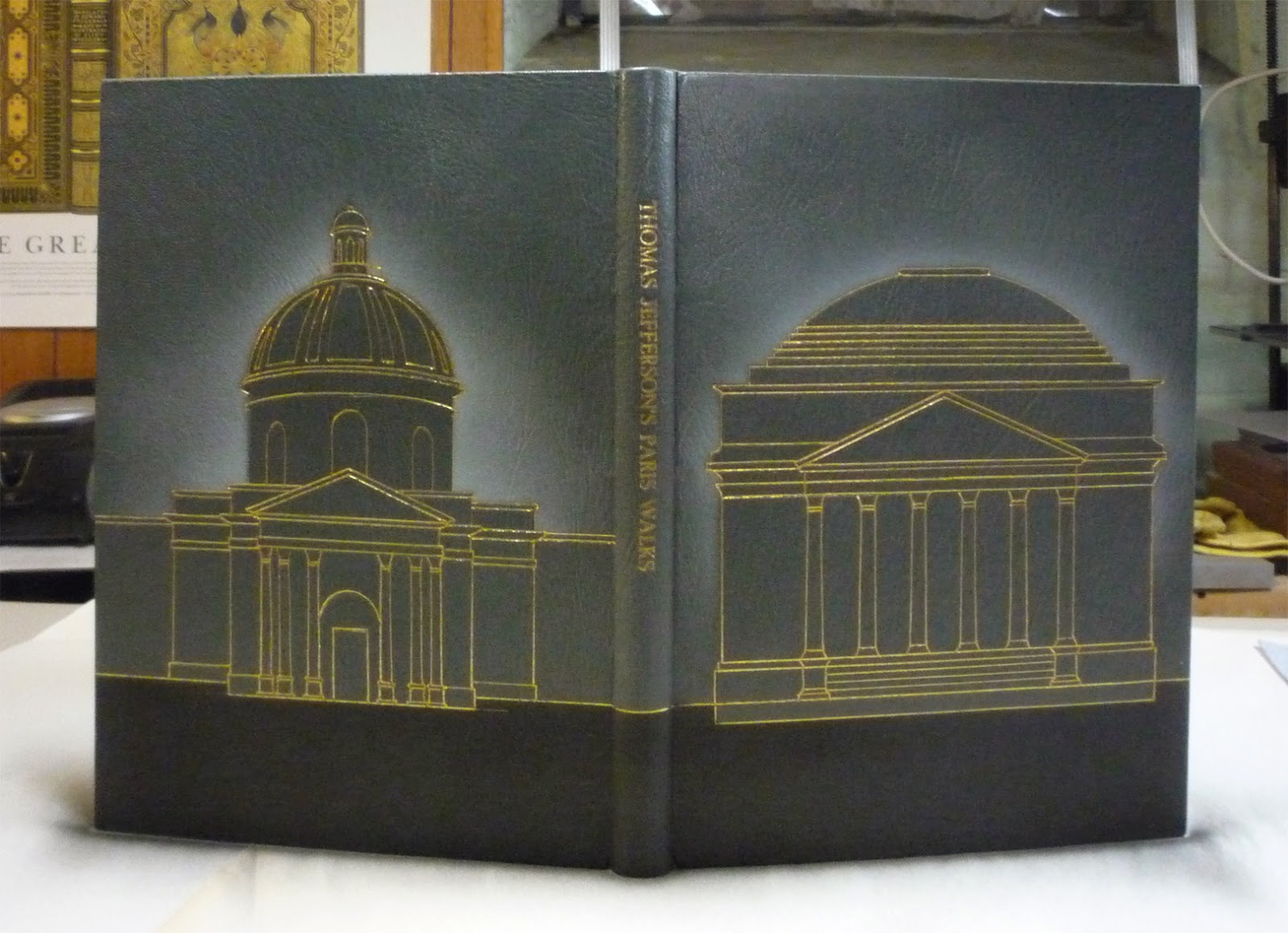 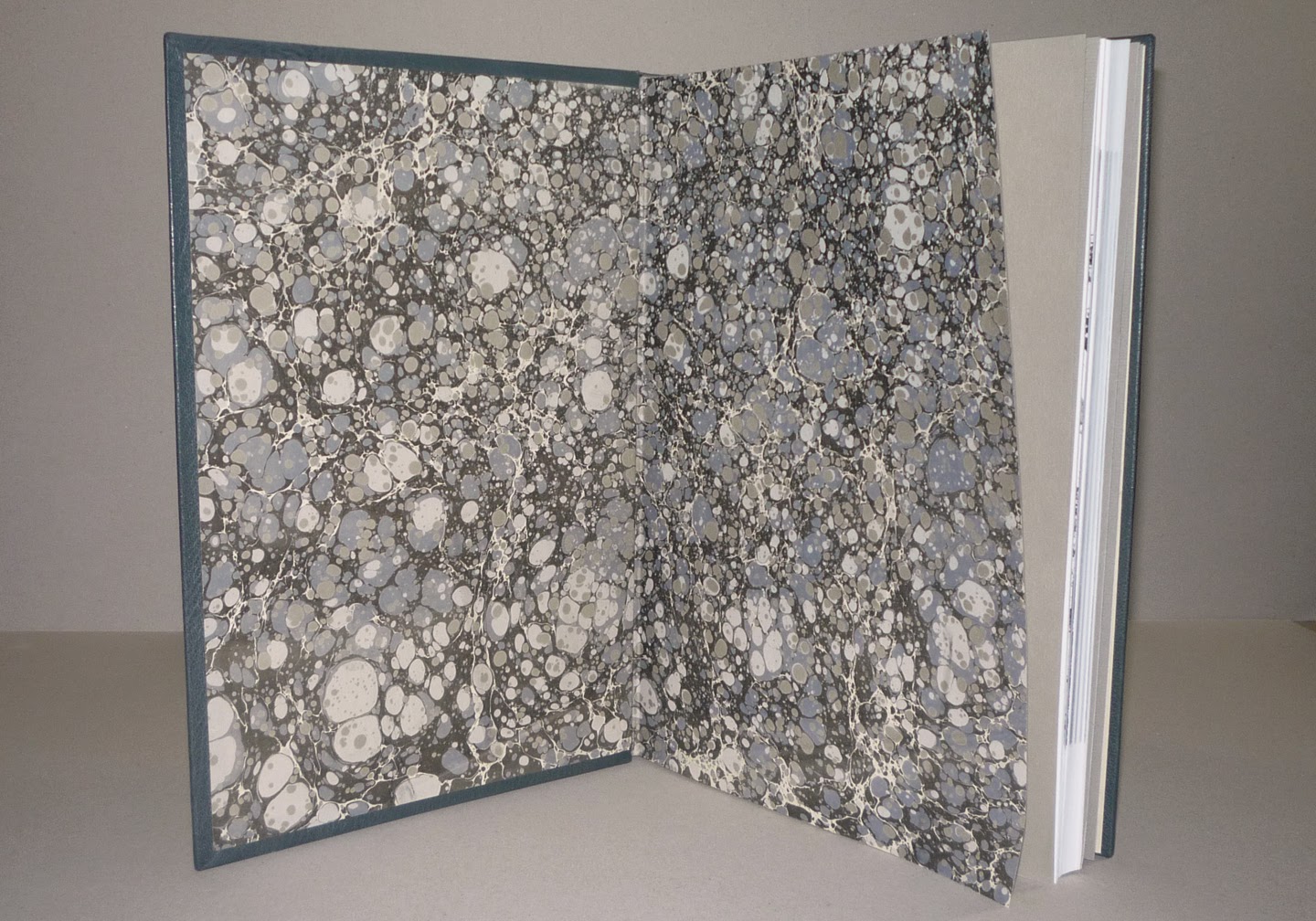 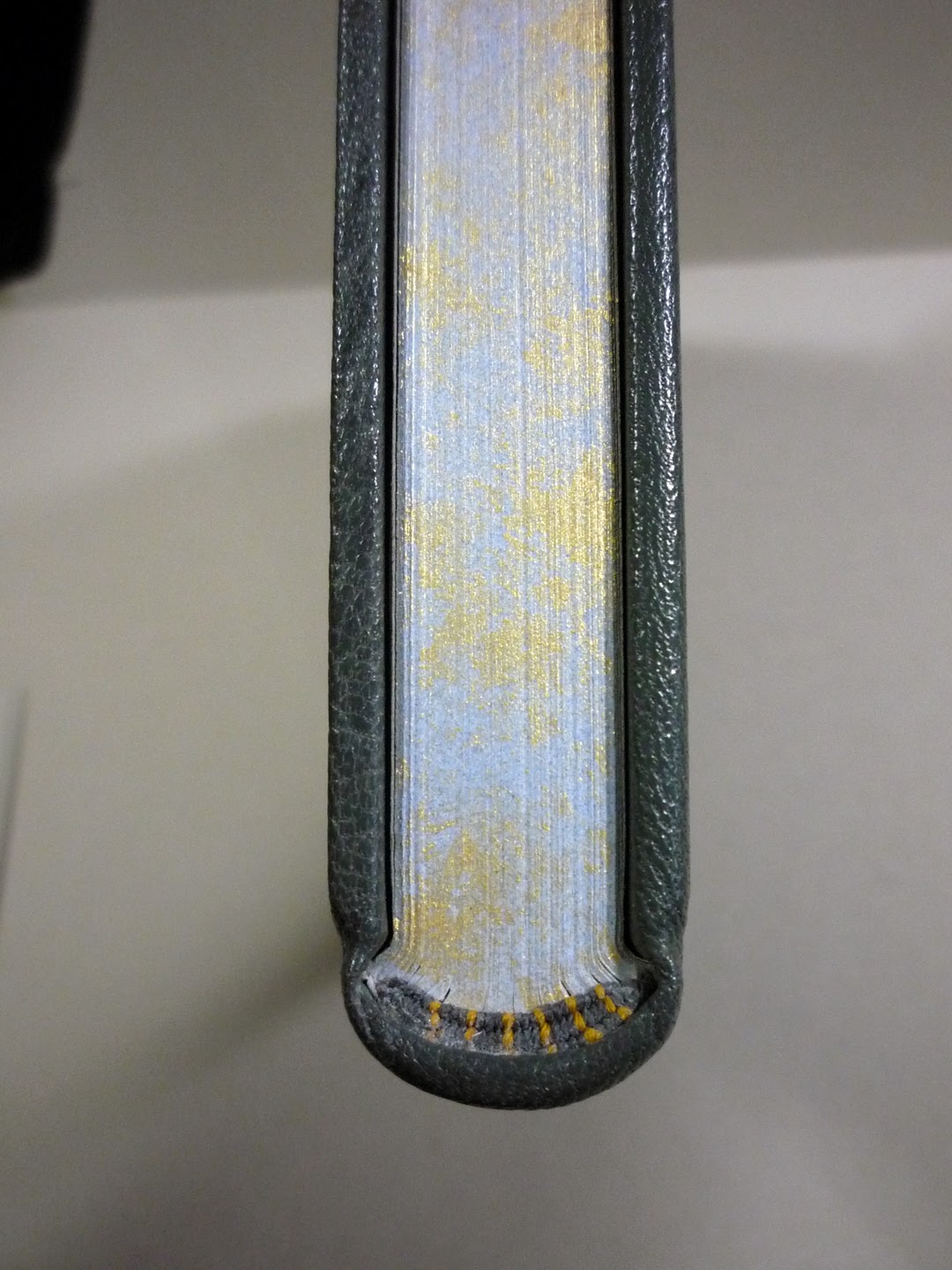