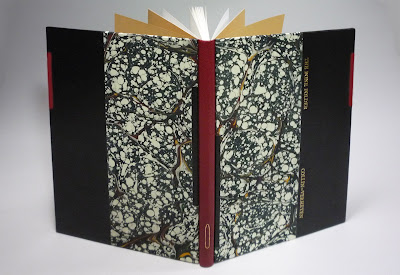 In this version of a Bradel binding, the spine is covered with a separate piece of leather directly on the text block. Then the boards are covered separately with marble paper and leather and are attached to the text block. I have heard this binding called a "three piece binding." 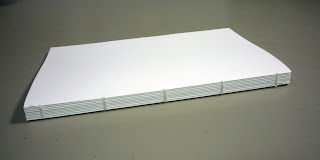 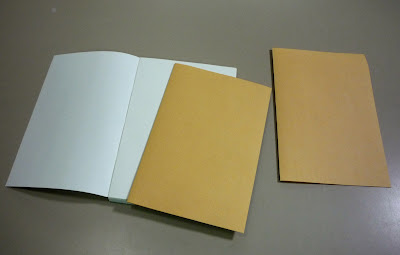 I pasted up and rounded the spine, then backed it to a 45 degree angle, two board widths wide. It was lined with a layer of mull and paper similar to how I lined the book in the first Bradel post 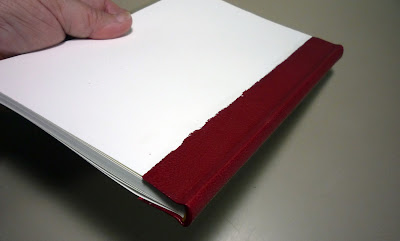 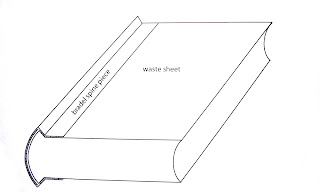 For the spine, I prepared a piece of red goatskin by paring the edges and pasting on a piece of Stonehenge paper the width of the spine by the height of the boards. Then I pasted down the head and tail and formed the headcaps. When it was dry, I glued it  down to the sides of the text block, forming a hollow spine

In these drawings, I am trying to show how the  spine piece was the glued at the joint and onto the waste sheet.

In the drawing below you can also see how the cover boards are notched to allow for the thickness of the leather. 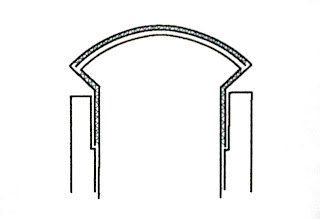 I lightly scored the board along the edge then peeled away some of the board. Since the cover boards are attached over the spine leather, the spine edge of the boards needed to be wrapped in the covering material. 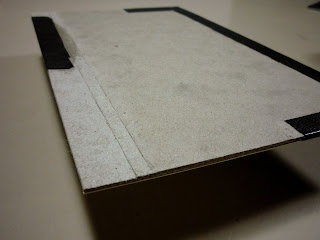 I wanted the foredge and a section of the spine edge of both the boards covered in leather so they were added first. 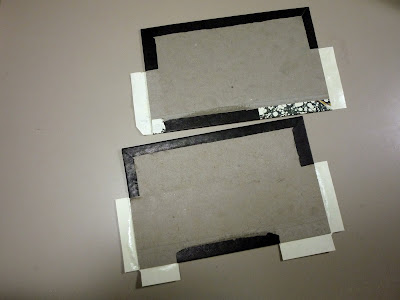 The marbled paper was then added and turned over at the edge along the spine but the top and bottom edges were left to be glued down later.

I glued an area along the spine edge of the boards slightly wider than the area covered in the spine leather. 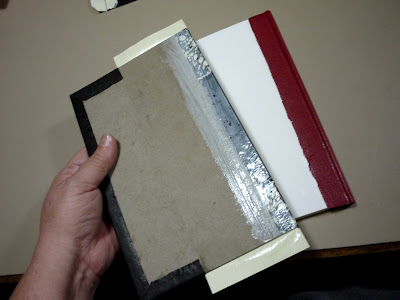 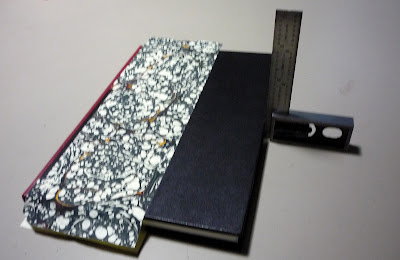 I placed the boards on the book block and then using a square to make sure they lined up with each other. Then I put the book under a weight to dry. 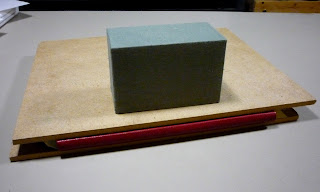 By gluing on the boards along the edge, I can then peel off the unglued area and sand down the edge of the paper leaving a smooth surface for the endpapers to be pasted on.  The ends of the marbled paper at the head and tail are then glued in place, finishing the edge where the leather and board overlap. I added an infill and glued down the endpapers. 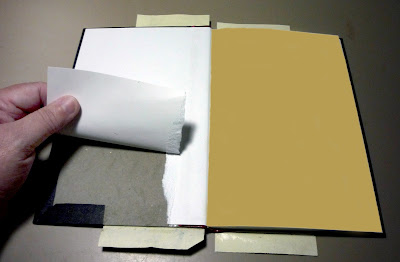 The titled was stamped in gold foil on the front board and a small outline of a bone folder was done using foil and a cut out pattern and a stylus. 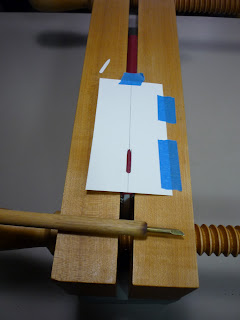