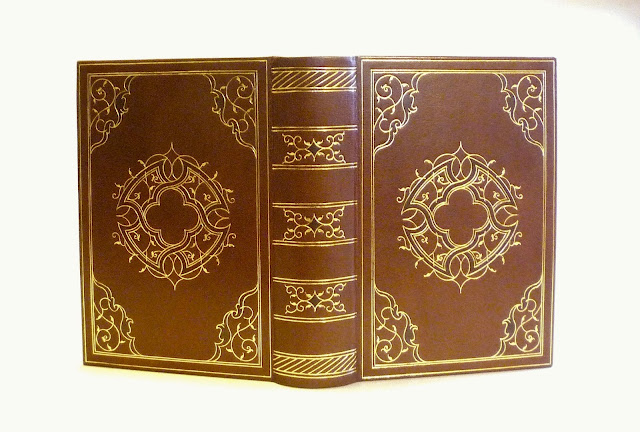 This is a book of William Shakespeare's plays that I was asked to rebind in one of the styles of binding done during his life time.  Centerpieces with corner pieces were a common style for this time period.

Gilded and gauffered edges were also common for books for this time period. I began by drawing out the design in pencil then, using an ink stamping pad, I went  over the design with my gilding tool to create the final design. This required modifying the design to fit the tools that I had. 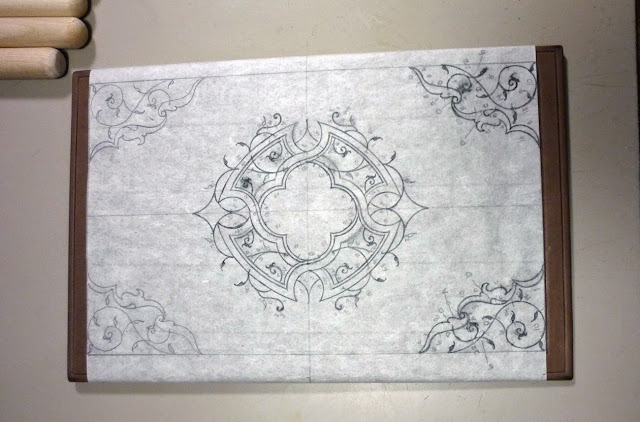 I covered a practice board and began to blind-tool the design. 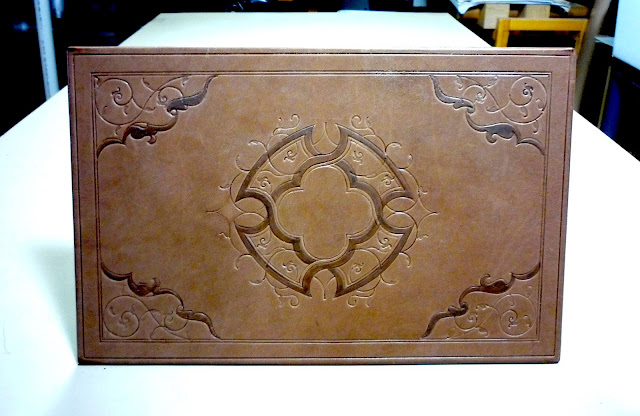 When I finished the blind-tooling, I stained some areas darker with some acrylic paint. I was going to do the gold layer next but realized that I was unhappy with the consistency of the corners and the center piece. They did not mirror each other well.


So what to do next? I decided to see if I could cut out pattern jigs to help me create a more consistent placement. 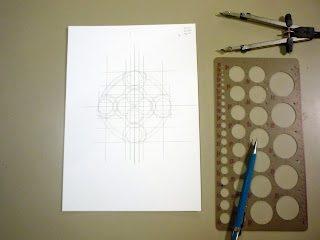 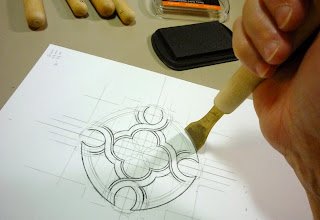 Using a 3 ply Bristol board, I redrew the center and then went over the image with the tools using an acid-free stamping ink 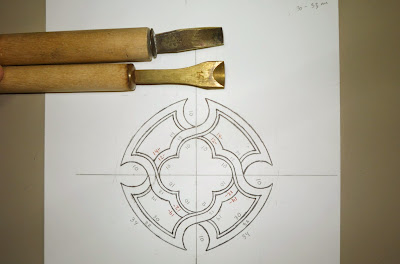 I found another small problem with the width of three of the gouges. They were too wide for part of the design. Luckily, I had a older set of gouges as a backup, so I took the same size gouge and filed down the sides so it would now fit the pattern. Here are two number 14 gouges. This way my full set of gouges didn't have to be changed. 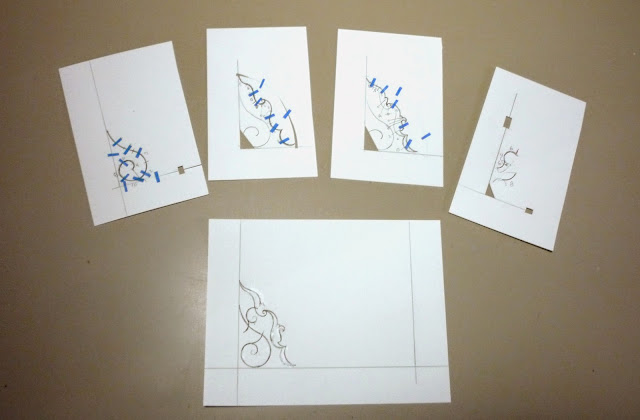 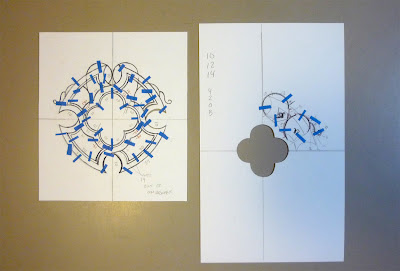 Cutting the shapes out in sections and taping them back is a technique I had first done with a stylist tool but it also worked with the gouges and blending tools. I had to break up the design into separate jigs. The corner required four different pattern jigs and the center required two, the smaller one I could rotate around the pattern. Again, I decided to practice first on another book I had covered in leather for myself before I began working on the Shakespeare book. 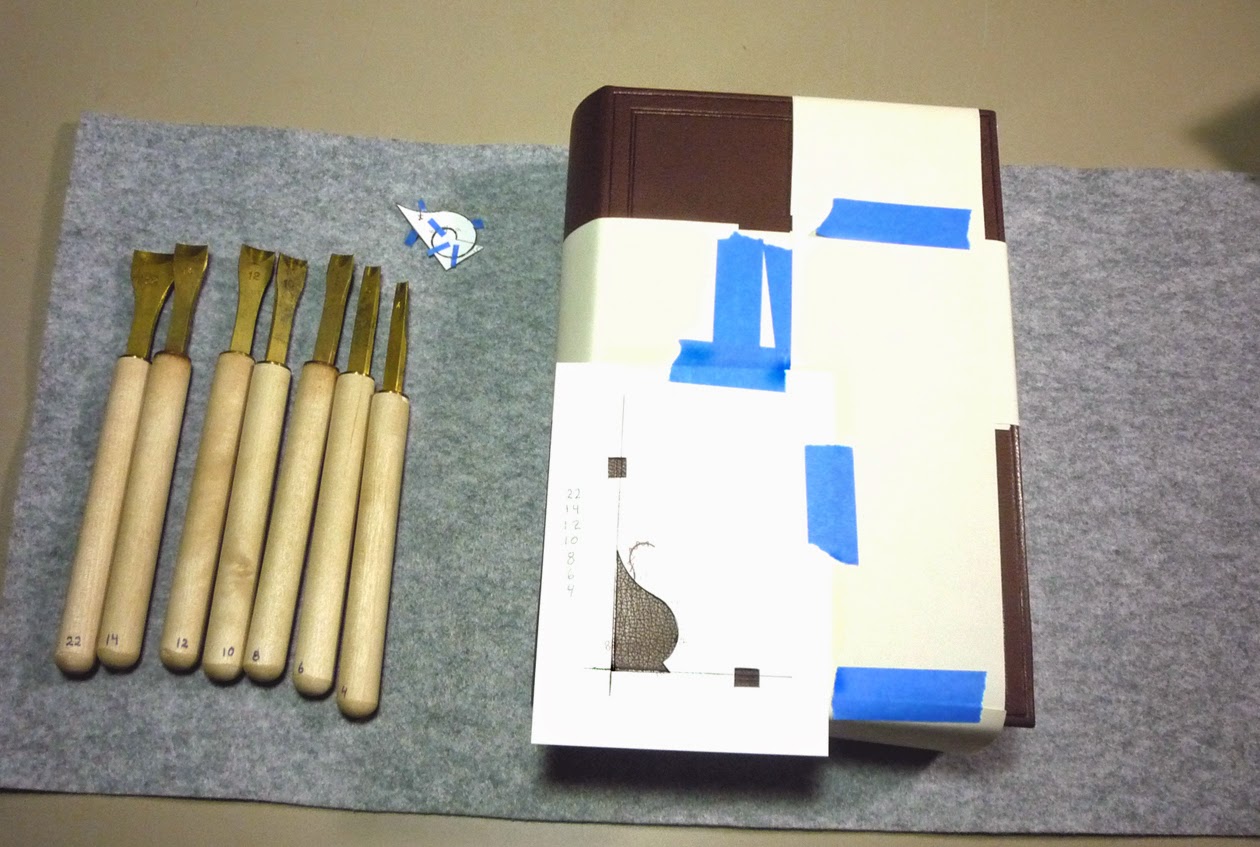 I first did the blind-tooling of the line border around the edges of the book to help me in the placement of the pattern jig. To place it on the book, I wrapped a piece of paper from top to bottom and another from side to side so I could tape it in place with taping them directly to the book leather. 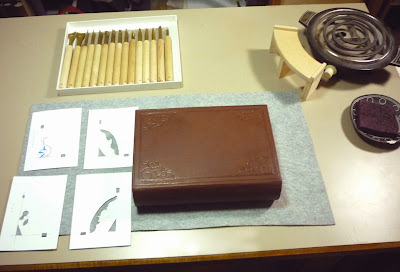 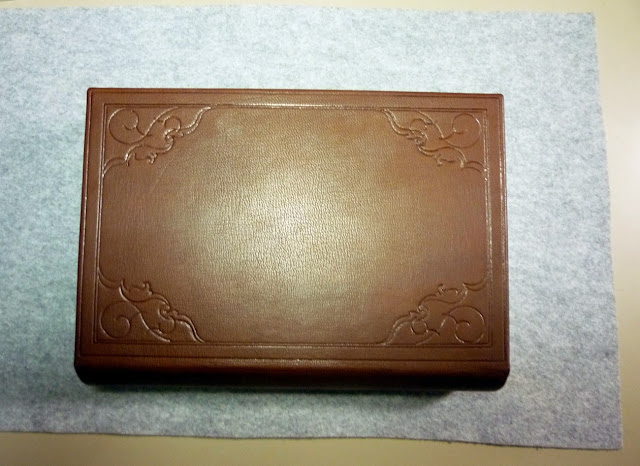 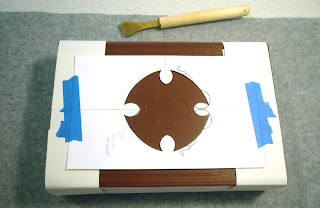 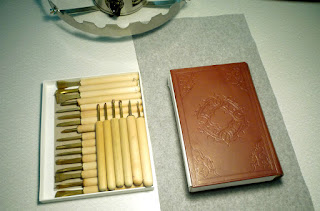 It took 22 different tools to do this design. 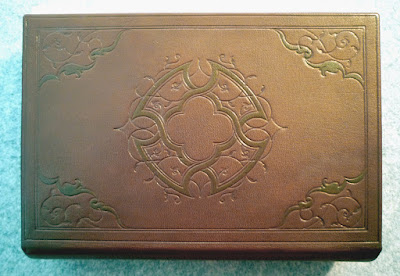 After the blind-tooling was done, I stained the areas I wanted to make darker with acrylic paint.  After it dried, I began painting in the glaire and tooling the gold leaf. 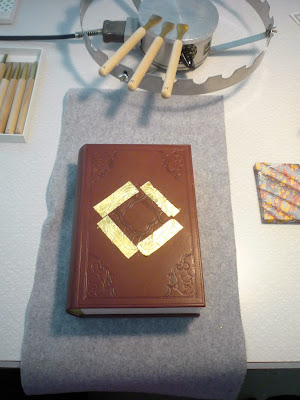 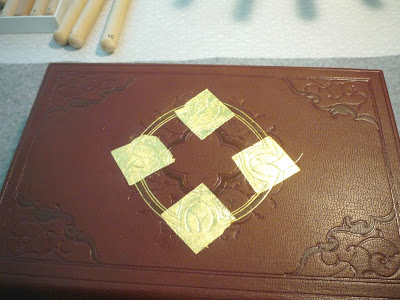 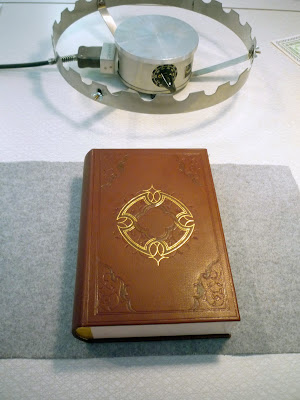 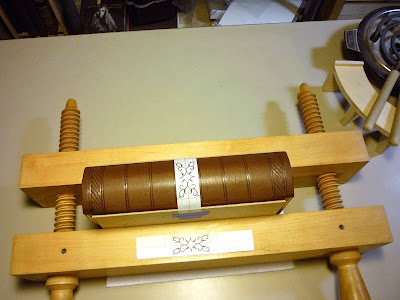 For the spine, I had to go back to using a piece of Japanese paper with the image tooled on it. The Bristol board with the cutouts would not bend over the curve of the spine well. It's always good to have several different methods to use for a given task.